A number of early cryptocurrency investors has made fortune in the last two years. Many of them American citizens. Upon the sale (or usage) of their crypto assets, capital gain taxes are due (more about taxes here). In some cases, these investors would owe a little fortune to the IRS – except that some of them have moved or are moving to Puerto Rico, where no taxes are due on these capital gains and they can still maintain their US citizenship.

Puerto Rico has a very unique situation because it is an unincorporated territory of the United States, and as a result, no federal taxation is due to US over Puerto Rican income. If Puerto Rico itself considers such cryptocurrency gains as exempt, then residents pay zero taxes on their crypto profits!

The crypto community in Puerto Rico has been increasing in size in the past months and has been discussing several ideas connected with building their own space while bringing a little relief and work opportunity for the island that has been devastated by hurricanes in 2017.

They call their new city/venue Puertopia. Several plots of land are being bought around San Juan.

In a way, some believe that the tragedy of sequential Hurricanes Irma and Maria in 2017 brought an opportunity to Puerto Rico, as many have decided to embark on a mission to help out the island.

The most prominent figure in the crypto community to embrace the island as a new home is Brock Pierce.

Mr. Pierce, as he is often referred to, has been extremely active in bringing forward the idea of a crypto community in Puerto Rico and has been trying to create a serious movement towards the rebuilding of the island. More recently, in what can be seen as a bold attempt to dodge the perception that the focus on Puerto Rico is motivated by the tax exemption, Brock has pledged to donate US$ 1 Billion of his cryptocurrency fortune to a blockchain based project in Puerto Rico. Details are yet to be unveiled but his efforts are nonetheless noted.

Brock Pierce, 37, is also known for his career as a child actor, and later in life for his relevant involvement with the creation of a market for online exchanges of videogame virtual assets. From that experience, Pierce got in contact with cryptocurrencies and became one of the early and most successful investors in cryptocurrencies.

There are at least two big conferences on bitcoin/blockchain happening in March and more planned ahead. The whole crypto community is indeed focusing on the island. 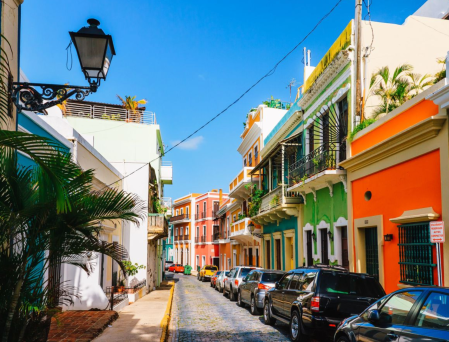 There is still a long way to go until we understand if the movement will be just a tax efficiency maneuver or a sincere effort to help those in need. In any case, first impressions are hard to let go. Cryptocurrencies are still today primarily associated by many with drugs and illegal activity. And the first perception on this exodus to Puerto Rico seems to be associated with escaping taxation. I hope, for the sake of the island, that this perception is proved wrong.