With a lot a new investment entering the cryptocurrency world in the last 2 years, a lot of taxpayers are having to deal for the first time this year with the subject. 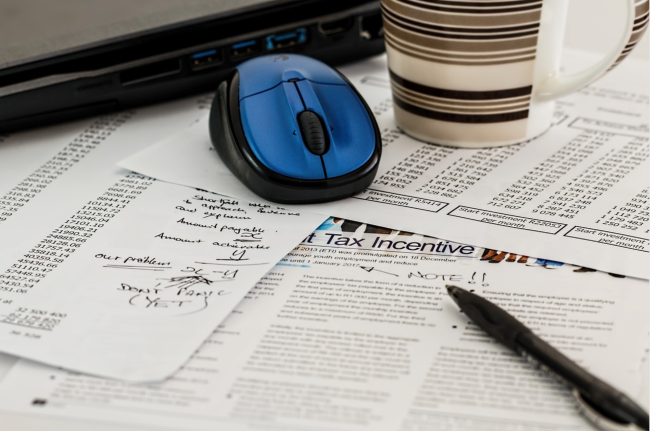 Some crypto investors might even forget about it. They should not.

The Internal Revenue Service has issued guidance in 2014 on the tax treatment of transactions using virtual currencies, such as Bitcoins or other similar currencies.

That should be anyone’s starting point. In essence, the notice provides that “virtual currency” (that was the nomenclature chosen by the IRS) is treated as property for U.S. federal tax purposes.  General tax principles that apply to property transactions apply to transactions using virtual currency. It is generally the same concept for stocks.

Differently from stocks, we sometimes use cryptocurrencies as, well… a currency. Even if it is just for fun, many people (myself included) have bought a coffee or made an internet purchase using bitcoin or some other cryptocurrency, just for the sake of it.

And then many people may fail to report such a transaction on the perception that it was not a buy or a sell. But it is probably considered a sell, since the conversion of X bitcoin into coffee has an implicit conversion of bitcoin to USD, and then from USD to coffee.

That is one situation where some people might fail to accurately report their activities.

Second issue – beware of the reports you get

Another difficulty I noticed with tax reporting is related to Coinbase tax reports. Coinbase is still the major cryptocurrency exchange in the United States, with more than 12 million users. I am unaware of the procedures used by other exchanges but they might present the same situation. It is important to note that Coinbase is not a tax advisor and it is currently not required to provide 1099 forms. But it does provide a “cost bases for taxes”, in beta version, as a way to help out users keep track of their activities.

The problem is that even if a user trades only on Coinbase, such user might (hopefully) be holding the virtual currency in a digital or hardware wallet, and not on Coinbase’s wallet. As a consequence, every time such a user buys coins with Coinbase and sends these coins to the user’s own wallet, such a transaction (sending to wallet) is viewed by Coinbase as a sale – and it could as well be a sale; Coinbase cannot ascertain that.

Accordingly, Coinbase users have to be aware of that and not take that report from Coinbase as their basis for taxes without a deeper look. In some cases, it makes a lot of difference. Other exchanges might have the same issue, since for the exchange, when the user sends coins to an address, the exchange does not know if it is an address owned by the user (not a taxable event) or by a third party (a taxable event).

Third issue – replaced one coin with some other

Yet another interesting aspect that has been the object of heated discussions between tax attorneys, accountants and users, is the “Like-Kind Exchange” Under IRC Code Section 1031.

Essentially, IRC Section 1031 provides an exception and allows a tax payer to postpone paying tax on the gain if you reinvest the proceeds in similar property as part of a qualifying like-kind exchange. So, if an investor exchanged Bitcoin for Ethereum, for example, the possible gain from the time the investor acquired the Bitcoin to the time it replaced the Bitcoin for Ethereum could be in theory postponed.

If the IRS will interpret it as applying to exchanges of one cryptocurrency for another it is yet to be seen, but in any case, it will only apply (if at all) to transactions made until December, 31st, 2017.

Congress has approved an amendment to IRC Section 1031 (a)(1) that deleted “property” and replaced it with “real property”. Accordingly, that window of opportunity has closed for transactions after January 1st, 2018.

Adding to all that, we witnessed throughout 2017 a battle between the IRS and Coinbase. The IRS won.

In a nutshell, back in November 2016, the U.S. government filed a civil petition in federal court seeking disclosure of all Coinbase U.S. customers’ records over a three-year period (2013-2015). A legal battle ensued and lasted 12 months – I will delve into the details in a future post. Then, in November 2017, the Federal Court of the Northern District of California granted in part the request by the IRS, ordering Coinbase to produce information for accounts with at least the equivalent of $20,000 in any one transaction type (buy, sell, send, or receive) in any one year during the 2013 to 2015 period.

Accordingly, your information might already be in the hands of the IRS…

Now supposing you have crossed all your Ts and dotted all your Is in relation to buys, sells, uses of cryptocurrencies in 2017 – there is still the question of what accounting method is the most appropriate: First-in First-out? Last-in First Out? Average Cost? Highest-cost First-out? And so on. I will not even venture a suggestion in relation to those options. I will just say that depending on each one’s situation, tax reporting on cryptocurrencies might become an adventure.

But hopefully you are a true hodler (more about “hodling” here) and have never sold or disposed of any of your crypto assets. If that is the case, no reporting required.

Anyway, good luck to us all.